The National Pipeline Agreement has finally been signed and finalized for June 1, 2020, through June 4, 2023. Our contract will immediately go to print, and by the time the Blue Light reaches you, we will be sending out a printed copy to all members. For the time being, you can go to the 798 website for viewing and print a copy now if you like. 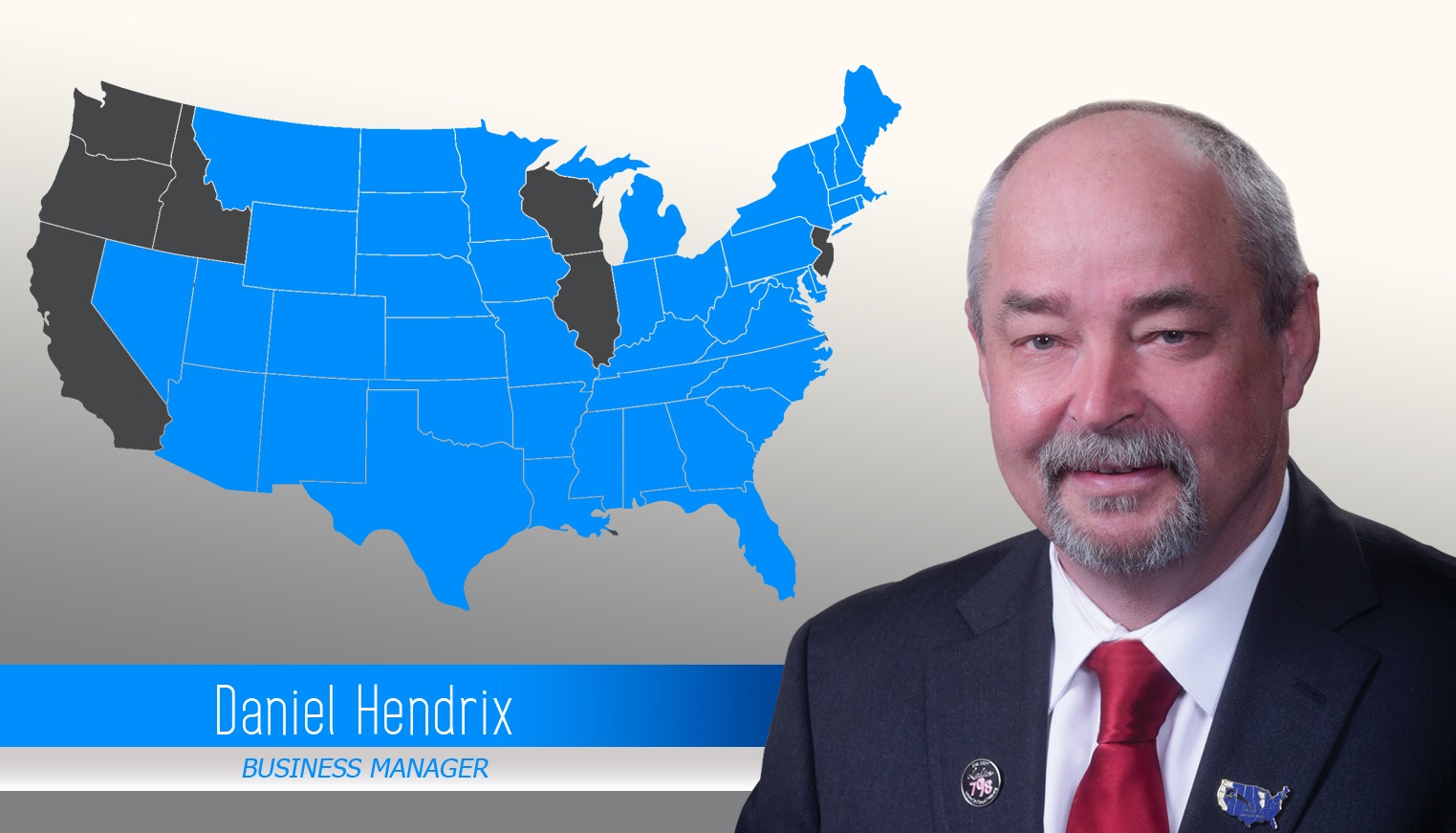 I am writing this report after visiting jobs in the Wheeling, West Virginia area. The jobs I visited were on small and medium-sized gathering line work. On projects like this, our fair contractors are competing against the nonunion from the bidding process until the completion.

We must recognize how important productivity and safety are to gain our contractors a competitive edge. On all jobs visited, the clients are happy and are going to continue to award us the work if we continue performing better than the competition. The big named projects are currently stalled due to radical environmentalism. It's crucial for us to gain the gathering line market share by showcasing our exemplary work ethic and professionalism.

I mentioned the big named projects and will expand on what I’m hearing about them. The Mountain Valley Pipeline spreads in West Virginia are much further along than the MVP spreads in Virginia. Only five miles of pipe were laid this year in Virginia. Most of the pipe is laid in West Virginia, but the tie-in crews are waiting on wetland permits so they can continue. I don’t think any more MVP mainline will be laid in Virginia in 2019.

The Atlantic Coast Pipeline recently received word that the United States Supreme Court will hear Dominion’s argument, which states that the U.S. Forest Service does have the authority to grant permits that allow the pipeline to cross the Appalachian Trail. The argument will be heard in the spring, and a ruling could be handed down by June 2020. This is great news for Dominion, Local 798, and the pipeline industry as a whole.

Once again, I traveled to Richmond, Virginia, to attend and speak at a Virginia Water Board hearing related to the MVP. The Virginia Water Board ruled the same way they did in February. Much to the disappointment of the environmentalists in attendance, they reiterated they have no authority to revoke the MVP permits. The environmentalists are not giving up in their attempt to stop the MVP, and I don’t think they ever will. We must not give up our fight and do whatever we can to get the project built.  If you have a chance to attend town hall meetings, then you need to attend. If you have an opportunity to sign petitions via the Action Network, then you need to sign them. Your jobs and your livelihoods literally depend on it.

I also attended the West Virginia/Ohio State Pipe Trades Association Convention with Charlie Yates.  At this conference, we reinforced current relationships and formed new ones with many of the building trades locals in our respective jurisdictions. At this time, the building trades have plenty of work, and we need to upgrade our skills so we can help them man the jobs. There are times when we don’t get the opportunity to work on building trades jobs. We need to seize the moment showing up for work on time, sober, and willing to give a fair day’s work for a fair day’s pay. If we can do that, we can ride out the hard times and receive benefits when doing so.

In closing, we have an election coming up, and I challenge everyone to get out and vote in this election. It’s your right, and it’s your obligation as a union member.